I love to show a TRUE gentlemen a good time, if you treat me right I'll make your dayБќ¤

i have this fantisy and if you messege me you will find out what it is and hey i just got paid so u might get extra I am the epitome of a lady in public, exuding poise, a charm and elegance

I KNOW how to treat women. I open doors, I'm polite, I have good manners and I use proper grammar. I wear my pants around my waist, not hanging under my butt. I'm clean, I'm FUNNY, I love all dogs and most . I love to laugh! I'm a good cook and love to BBQ! I have a dependable vehicle, work full time and I volunteer at the Humane Society. I believe in God and I pray daily, usually many times a day. I don't have a lot of friends but, the friends I do have are very, very important to me. I do my best to find the positive in negative situations. I'm not big on sports EXCEPT for college (and some professional) FOOTBALL and on most fall Saturday afternoons you'll find me glued to the TV screaming for U of M! GO BLUE!! :) I don't smoke tobacco , or drink . I'm 420 friendly. I'm dependable, friendly, kinda shy, honest, and have I mentioned that I love to laugh? :) Who I'm looking for:: I'm looking for a woman, (I prefer girly-girls). I'd like someone around 35-50ish. I'm looking for someone who is financially stable, has a dependable vehicle and likes dogs and is a non-tobacco smoker. I want someone with a good sense of humor and who loves to laugh as much as me! :). I'd like someone who would like to cook with me, go down to Eastern Market or Mexican or up north with me when the mood strikes us. I want someone who's ready to settle down, who I can trust and who's not going to bring all the baggage from your last relationship into our new friendship. SO...If I sound like someone you'd be interested in meeting, let me know! :) **I'm not the LEAST bit interested in MEN or COUPLES, just a nice woman who knows what she wants!!
WEIGHT: 62
Boobs: A
One HOUR:100$ 😘
Anal: +30$
Sex services: Massage erotic, Soft domination, Disabled Clients, Toys / Dildos, Humiliation (giving), Disabled Clients

Thank you for looking at my ad! I am an aphrodisiac that will stimulate all of your senses

hi guys im lovely im in the nyc area, i live in the bronx and im looking t meet now

However, there are some travelers that probably should have stayed home. If you have been following my site for a while, you will know that I have lived and worked in various regions of the Tibetan Plateau for going on 13 years. I started out working for an NGO that focused on education among Tibetan adults most of whom were nomadic. Then, for several years I owned and managed a successful travel agency focused on budget and midrange tours of Tibet. Since I work in tourism, nearly all of my good Tibetan friends also work in tourism.

I have friends in all areas of Tibet who work as tour guides, trekking guides, drivers, hotel managers, hotel staff, restaurant owners, travel agency managers, sales representatives and just about every other job you could think of that relates to tourism in Tibet. The vast forests of the Kham region of Nangchen County Yushu Prefecture In this post, I will write about some of the horror stories that my Tibetan friends who work in tourism have experienced with foreigners. 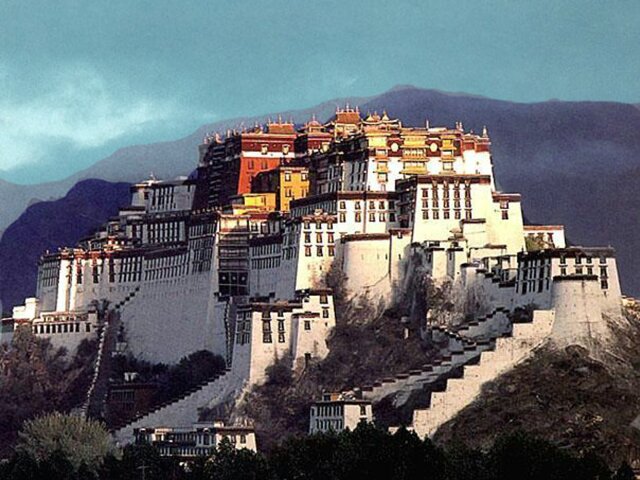 Though the majority of foreigners traveling to Tibet are really great people, there are a few out there who are plain rude, disrespectful and mean. Here are a few stories that either I have experienced or my friends have….. Leaving on the train…. This group was very cordial in their emails and asked for a cycling tour from the Nepal border to Lhasa. At the end of their tour, they were to board the train to Xining and continue traveling through Mainland China.

Their tour went very well. The guide reported that the group was quite nice and friendly. At the end of their tour, the Tibetan guide dropped the group off at the train station and said goodbye. We thought that was the last we would see of this pleasant group…. Three days later the police in Tsetang small city south of Lhasa called our office in the evening to inform us that our group of 6 was caught cycling illegally in Lhoka prefecture. The group had a copy of their travel permit, which was expired. Not only was the permit expired, but it did not list Lhoka prefecture on it. Since the travel permit had our company name and license on it, it was easy for the police to track us down and contact us.